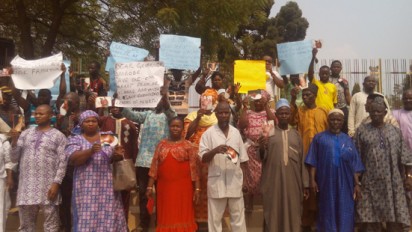 Due to this development, the traders recently stormed the office of Governor Akinwunmi Ambode to seek his immediate intervention to avert the looming disaster in the once peaceful market.

Among those who sustained injuries were Makinde Adesina 29 and Tanimona Dele 38 who lungs were pierced through with machetes. Also injured is one Ganiyu who reportedly had his knee perforated by bullets and was referred to the Lagos University Teaching Hospital, LASUTH where he would undergo surgery to extract the pellets.