World Tony Blair Apologises for Aspects Of The Iraq War 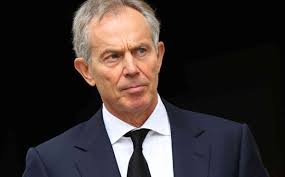 Tony Blair said he accepts that the conflict has been a factor in the rise of Islamic State. Blair made the startling confession during a TV interview in which he acknowledged the 'hell' that had resulted from his and George Bush's decision in 2003, to oust Saddam Hussein from power.

In an interview by US political broadcaster Fareed Zakaria, Blair is asked point-blank: "Was the Iraq War a mistake?" He replies matter of factly: "I apologise for the fact that the intelligence we received was wrong. I also apologise for some of the mistakes in planning and, certainly, our mistake in our understanding of what would happen once you removed the regime.

A
Politics PM NEWS: How Buhari refused to buy drones from Tony Blair