The Trade Union Congress has lambasted Minister of Power, Works and Housing, Mr. Babatunde Fashola for insisting that increase in electricity tariff is the only way to enhance stable power supply in Nigeria.

The union disagreed with the National Electricity Regulatory Commission, NERC, which announced the increase last month.

According to the TUC, the minister’s argument that an Act of the National Assembly actually empowered the commission to increase tariff and that the Act cannot be tampered with even by the federal parliament, was certainly “very lame, too simplistic and misleading.” 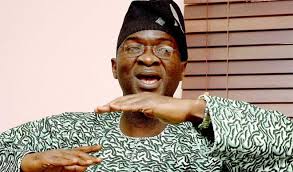 “Any Act that preys on the masses that it is supposed to protect negates public policy. Any Act that compels the citizens to pay for services not delivered is not only flawed and undemocratic but is ultra vires the power of the Assembly to make laws for the good of the country, and should not enjoy any applicability.

“Any Act that further impoverishes the downtrodden and lowly is evil and should be discountenanced. We lend our voice again to advocate the need for the minister and NERC to stop trying to enforce the obnoxious Act,” TUC said in statement signed by the duo of Comrade Bobboi Bala Kaigama, its President, and Barrister Musa Lawal, its Secretary-General.