He said on Wednesday in New York that the date has been set by the UN to take over the command of peacekeeping forces from African troops.

Gaye said 5,800 of the personnel would be from the troop, while 1,800 would be fresh troops arriving under the umbrella of the peacekeeping mission.

"Presently more than 2,000 French, 6,500 African and 800 European forces are battling to contain the violence in CAR. The road will be bumpy," but my mission is committed to protecting civilians and humanitarian convoys, maintaining order and supporting the political transition,’’ he said.

Gaye said the long-running violence in CAR has not abated, even though President Catherine Samba-Panza has appointed a senior Seleka leader, Mahamat Kamoun, as the country's new Prime Minister.

He said Samba-Panza, a Christian, appointed Kamoun, a Muslim, in an attempt to create a more inclusive government.

Thousands of people have been killed and about a million have been displaced in the ethno-religious conflict.

An eyewitness who preferred anonymity told the UN peacekeeping mission Bangui that four people were killed on Tuesday night in a village near the town of Mbres.

He said this was coming a day after more than 30 people were reported to have been killed by Seleka and Fulani herdsmen in the same area.

The witness said the violence in Mbres sent at least 800 people fleeing to Bangui. 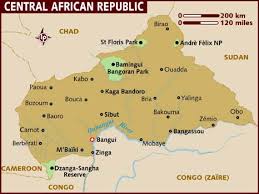