Metro VIDEO: Inside IDP camp where 130 children are locked out of classrooms - The Cable

Curators
FREE Nigerian Business Directory
✅ NEW - get your business listed and your information shared across social media.
Ad
At a corner of the federal capital territory (FCT) is an internally displaced persons (IDP) camp housing more than 1,500 persons.

The victims were forced to flee their homes in the north-east following attacks by Boko Haram insurgents.
Unlike many of such camps across the country, the resilience of the IDPs pushed them to start making provision for the education of the children. In 2015, the kids had started receiving daily tutoring from five teachers, including three volunteers, who visited during the week. 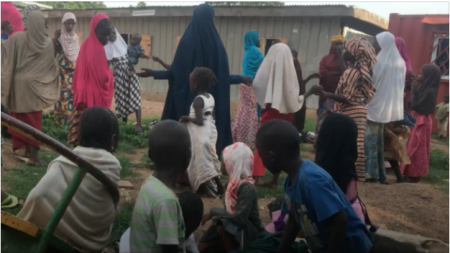