World War on Terror: British, Iranian Leaders Will Meet for the First Time Since 1979

This is contained in British media report on Tuesday in London.

In the first face-to-face meeting of a British premier and an Iranian president since the Islamic revolution of 1979, Cameron is also to appeal to Rouhani to drop his support for Syrian President Bashar al-Assad.

The talks, on the sidelines of a UN summit, come after the United States and five Arab allies launched airstrikes against Islamic State in Syria.

Britain has supplied arms to Kurdish forces fighting the group, but has not yet joined in airstrikes.

A Downing Street source said that Cameron was under "no illusion" about the threat still posed by Iran's nuclear programme.

``However, if Iran is willing to join the international community to defeat Islamic State, then we will work with them on that.

``But will be clear that you cannot take one approach in Baghdad and another in Damascus.

``You need a political solution in both if you are serious about defeating ISIL,’’ he said.

Diplomatic relations between Iran and Britain were broken off in 2011, after an Islamist mob attacked the British embassy in Tehran.

Relations have slowly warmed, however, since Rouhani's election in 2013, with both countries appointing non-resident charges d'affaires and officials paying each other a series of visits.

Meanwhile, in June, Britain also announced it was planning to reopen the Tehran embassy. 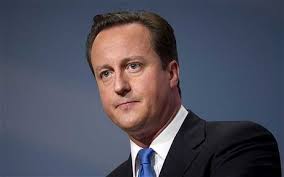 Entertainment Pete Davidson Breaks Silence for the First Time Since Split Up From Ariana Grande – Olisa.tv