Politics We Found Out From Nairaland That Asari Was Aboard Plane Carrying Illegal $9.3million Arms Money-APC

For Sale - One Bedroom Executive Flat - Lagos (NGN37m)
✅ NEW - car park, swimming pool, 24 hours light/security and more.
Ad
Lai Mohammed, National Publicity secretary of the All Progressives Congress, APC on Thursday disclosed that it was through a post on Nairaland that he found out that former militant leaders, Asari Dokubo was on the plane that was arrested in South Africa with $9.3million arms money.

According to PREMIUM TIMES, APC rejected Dokubo’s denial of involvement in the $9.3 cash-for-arms scandal between the Nigerian and South African governments. In a statement issued by the APC National publicity secretary on Thursday, the party said its reaction followed a story published by www.africaneagle.com and www.nairaland.com saying Asari Dokubo was one of the Nigerians aboard the jet that carried the money to South Africa.

"To the best of our knowledge, that report has not been denied over 24 hours later. We therefore contend that Asari Dokubo’s denial of his involvement carries no weight until the government, which has claimed ownership of the funds, tells Nigerians who the two Nigerian citizens – who were in the plane with an Israeli – are", the APC statement continued.

Going further the APC said, "We have no business with Asari Dokubo. He can blab all he likes. We have no reason to disbelieve a widely-circulated published report that named him as one of those on the plane. If he now says he was not on the plane, let the government come out and tell Nigerians who and who were on it".

"We hope the Jonathan Administration will end its deafening silence on the issue immediately and come clean on the whole scandal", the statement concluded. 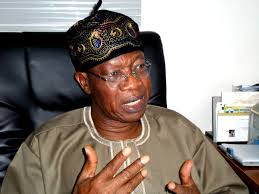