For Sale - One Bedroom Executive Flat - Lagos (NGN37m)
✅ NEW - car park, swimming pool, 24 hours light/security and more.
Ad
General Secretary of the Nigeria Football Federation(NFF) Musa Amadu has said that they invited the duo of Amodu Shaibu and Samson Siasia to defend the programmes of their respective teams.

Both newly appointed coaches of the Super Eagles and the under 23 team, were guests of the technical department of the NFF, discussing plans on how to commence preparations for their teams.

The NFF secretary sounded optimistic that the Super Eagles will get the maximum points in their remaining two matches of the 2015 African Nations Cup qualifiers.

"We engaged Amodu and his team with the sole objective of qualifying for the nations cup. We know that that task is very onerous given the fact that after four rounds of matches we have gathered only four points, four behind group leaders South Africa and three behind our next opponents Congo," Amadu was quoted as saying on Vanguard Sports.

"This has left us in a very precarious position."

"They have been given the task of winning both matches comprehensively, so we would be sure of getting a total number of 10 points.”

"With 10 points we are confident that we can qualify despite other results from our opponents.”

Siasia was also invited to come and defend his own programme for the Olympic team ahead of their qualifying games for the Rio 2016 Games. 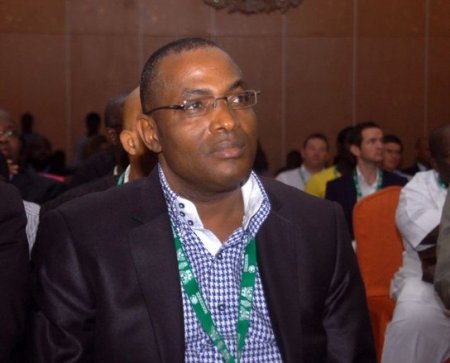