Sports What Iwobi Told Me About Arsenal – Henry Onyekuru 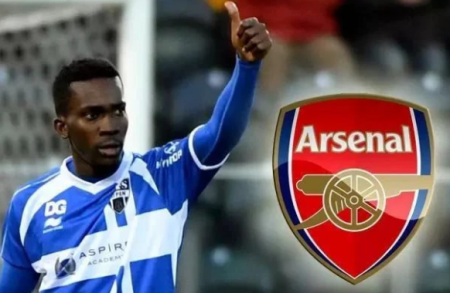 Onyekuru confirmed talks with Arsenal in an interview published on the official twitter handle of the Nigeria Football Federation (NFF), but recent reports suggest French side Nice are threatening to wreck Arsenal’s plans for the forward who scored 24 goals last season for Eupen.


A self confessed Arsenal fan, the 19 year old admitted he spoke with Alex Iwobi about Arsenal when they met at the camp of the Nigeria national team in France last week.


” He (Iwobi) is a nice fellow, who is open to all despite his star status in the team. We talked a bit about Arsenal and their manager Arsene Wenger and he has nothing but praises for his manager and teammates”, Onyekuru told owngoalnigeria.com.