Sports Why I Voted Kante PFA Player of The Year - Iwobi

Curators
FREE Nigerian Business Directory
✅ NEW - get your business listed and your information shared across social media.
Ad
Arsenal midfielder, Alex Iwobi, has revealed that he voted for Chelsea’s N’Golo Kante as the PFA Player of the Year, because of his contribution to Antonio Conte’s team. 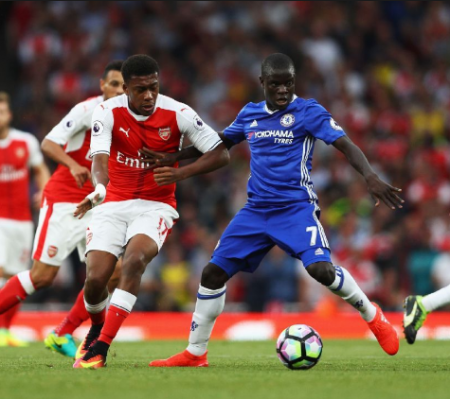 The France international won the award ahead of this team-mate, Eden Hazard, who finished as the first runner-up.

“He’s someone that works for the team and even though he’s a Chelsea player, you have to respect what he does,” Iwobi told Evening Standard.

“The engine, the energy he brings, the enthusiasm – he is my player of the season.”

Sports EPL: Van Dijk reveals who he voted for as PFA Player of the Yea – Daily Post Nigeria