Sports Why Rojo Asked For Banana During Rostov Match - Mourinho 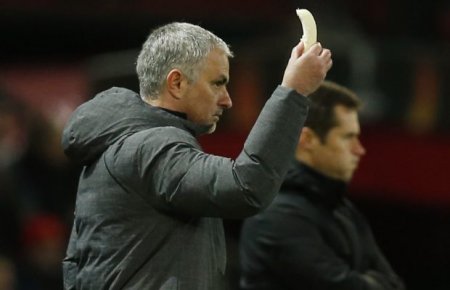 Mourinho sourced for the fruit after the player asked for it and gave it to substitute Ashley Young to pass it on to Rojo.

Speaking afterwards, the manager told BT Sport: “I know what is the body limits and when the body is needing anything, anything.

“The player asks for a banana. It is not to laugh at all. It is to respect the players and their limits, they give everything.”

Most observers claim the banana showed how much effort Rojo had spent in their previous game at Stamford Bridge three days back.

Mourinho elaborated afterwards: “We have lots of enemies. It is difficult.

“Some people will say we should play better, but the reality is that we have lots of things going against us. And we have to fight. The boys are amazing boys. Probably we lose the game on Sunday but we try our best.”
L

Did he say lose the game on Sunday? Did I read that right?
E

Lequte said:
Did he say lose the game on Sunday? Did I read that right?
Click to expand...

Dec 2, 2017
ProfRem
P
L
Sports Mourinho: Why I Made 'Shut up' Gesture After Tottenham Game