Metro You Are Not Authorised To Kill - Police IG Tells SARS

The Inspector-General of Police, Ibrahim Idris, has warned the Special Anti-Robbery Squad operatives against torture and extra-judicial killings, saying no policeman in the world had the right or authority to kill crime suspects. 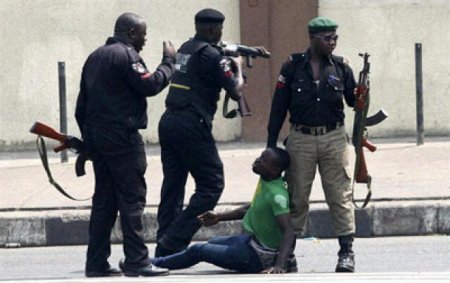 He admonished the SARS personnel to always respect the right of every Nigerian, noting that this was the way they could change the negative public perception about them.

Addressing SARS operatives and their commanders from various state commands at the Force Headquarters on Thursday in Abuja, the IG, in a veiled reference to the Amnesty International’s criticism of the squad, stated that the policemen had a lot to do to correct the public perception that they did not follow due process in their operations.

He warned against the use of excessive force and reckless use of firearms, which he said could cause public panic.

“You should conduct yourself to the admiration of the people. Don’t portray yourself as a demon. SARS is not devilish; you have to change the face of SARS by handling cases justly. Don’t turn the complainant into a criminal. You have to be sincere in dealing with the public.”

He said the squad would undergo retraining and restructuring, adding that the civil society organisations would be involved in the revamping process to contribute to the training programme.