Uduaghan, while speaking with journalists in Asaba, said that there was an unwritten zonal arrangement on where the senatorial race would go at every point in time.

He said: “This unwritten understanding gives the opportunity to the Itsekiri race, in the senatorial district, to take its turn and I have every right to do that.

“When it comes to the issue of election, I have a lot to offer, but the election being one year from now is not what I should break my head over.”

Refuting the allegation that he was defecting to another political party, Uduaghan said that there was no need for such a move. 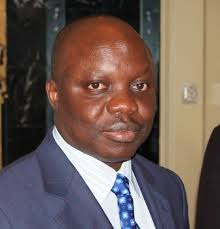 Don't this politicians ever get tired!!?

phealip said:
Don't this politicians ever get tired!!?
Click to expand...

They never want to become poor or go to jail. The house is the safest place for them
P

There's no way they will ever get poor again..

On the aspect of going to jail, the sooner they get out from dirty politics now that their friends still control the anti-corruption agencies, the better for them. It'd be foolish to get cut in active politics when Nigeria gets better
P

They need to get caught in it, because, as you said - somehow, a Daniel can come to judgement and someone would reopen their books - no matter where they might be doing at the time and bring them to book.

Clinging to political positions ensures that they know who's who, as the case may be, and have friends in high places highly skilled in home making - sweeping stuff under the carpet.
Show hidden low quality content