The All Progressives Congress (APC) South-south zone has punched yet another hole on the bill passed recently by the National Assembly.

According to ThisDay newspaper, the party accused the Senate Appropriation Committee and its counterpart in the House of Representatives of doctoring the budget and removing almost N5 billion meant for the total rehabilitation of the collapsed and terrible Calabar-Odukpani–Itu –Ikot Ekpene federal highway and reallocated it to a non-existent constituency project in Kano State.

In a statement issued yesterday by the National Vice Chairman (South-south) and made available to Thisday, Prince Hilliard Eta, the party said the action was a setback to the progressive change and at variance with the infrastructure development agenda of the APC-led federal government. 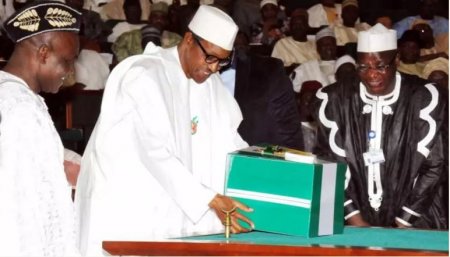 “We are very upset that our representatives at the National Assembly would discard decorum and hinder progressive change by acting at variance with the infrastructure development agenda of the APC-led federal government”.

It will be recall that the arbitrary removal of the Lagos-Calabar rail project by the National Assembly from the 2016 budget generated so much heat in the political space.