FREE Nigerian Business Directory
✅ NEW - get your business listed and your information shared across social media.
Ad
The All Progressives Congress, APC has issued a statement claiming the Peoples Democratic Party, PDP is set to scuttle the victory of its Presidential candidate, Muhammadu Buhari.

A statement issued by Garba Shehu, Directorate of Media & Publicity, APC Presidential Campaign Organisation, read, ''The All Progressive Congress’ Presidential Campaign Organization has asked the general public to ponder on a statement posted on Facebook by an official of the Presidency saying their government will rather hand over power to the military rather than to General Muhammadu Buhari in the event that the APC candidate wins the election.

''This statement is still to be denied or retracted by the official who handles Dr Doyin Okupe’s Twitter handle. Unless it is convincingly rebutted, the statement above, by the ruling party appears to clearly be uninterested in free, fair and conclusive elections, but rather to engender crisis and chaos if it happens that the APC candidate, General Buhari wins the elections.

''This revelation in a public statement via the BBM would appear to support the PDP’s avowed determination to rule for 60 years, a boast echoed repeatedly by some former national chairmen of the party. The boast however did not reckon with the emergence of the All Progressives Congress and the determination with which the party mobilized and stuck together to confront the PDP that over time had prided itself with invisibility.

''We of the APC hereby call on all Nigerians to be vigilant and ensure that no one is allowed to truncate the 2015 elections. It is also important that all Nigerians allow peace to reign and insist on free and fair polls to assist the process of peaceful and democratic transition.

''Similarly, our party, the APC is confident that the men and women of our patriotic Armed Forces and the Police, including other security agencies would discharge their obligations without fear or favour and ensure that the 2015 polls is not only free and fair but also credible leading to the installation of a popular-elected government that will improve the well-being of Nigerians''. 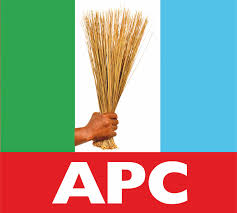 Politics 2023: I Will Handover Quietly To My Successor – Buhari – Naijaloaded