The All Progressives Congress (APC) says it will never allocate resources to a kidnapper or murderer.

The ruling party said this in reaction to a claim made by Hamisu Bala, suspected kidnap kingpin better known as Wadume.
Wadume had alleged that the APC gave him N13 million for the February 23 presidential election.
He had also said Darius Ishaku, governor of Taraba state, gave him N6 million for the elections. 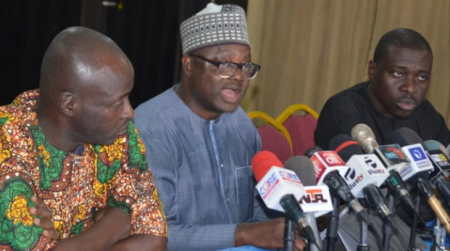