FREE Nigerian Business Directory
✅ NEW - get your business listed and your information shared across social media.
Ad
Two persons suspected to be agents of one of the political parties involved in Saturday’s supplementary governorship election in Bayelsa have been arrested for allegedly snatching a ballot box.

NAN reports that the suspects were arrested by soldiers at Otuokpoti Unit 1, Ward 2, Ogbia Local Government Area, where the box was allegedly snatched. 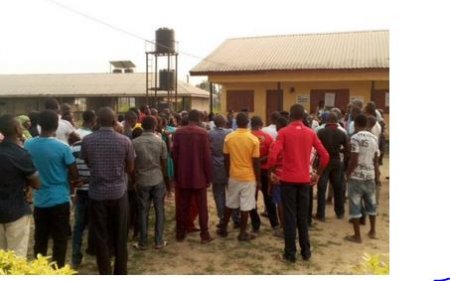 The suspects were said to have forcefully carried the ballot box while polling was ongoing at the unit.

The incident caused pandemonium at the unit but after the suspects were taken away, accreditation and voting resumed.

An Independent National Electoral Commission (INEC) official in the ward, who did not want to be named, confirmed that security reinforcement had been sent to the area and that election would continue.


- PM News
You must log in or register to reply here.