The confirmation of the bacterial disease, which causes painful urination among other things, as an STD comes more than two decades after it was first discovered.

A team of fourteen researchers arrived at the conclusion after conducting a national survey of the sexual lifestyles and attitudes of British men and women. 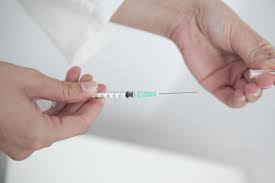 The researchers said the study, which involved the testing urine from 4,507 sexually experienced participants aged 16 to 44 years for MG, “strengthens evidence that MG is an STI”.

They added, “MG was identified in over one per cent of the population, including in men with high-risk behaviours in older age groups that are often not included in STI prevention measures.”

The study found that men of black ethnicity were more likely to test positive for MG and showed that the prevalence of the disease was 1.2 per cent in men and 1.3 per cent in women.

It also found that for both men and women, the disease was strongly associated with reporting risk behaviours such as increasing the number of total and new partners and unsafe sex in the past year.

Although it recorded no positive MG tests in men aged 16 to19, prevalence peaked at 2.1 per cent in men aged 25–34 years, while prevalence in was highest in 16 to 19-year-olds at 2.4 per cent and decrease with age.

Of course, blacks would always have the highest risk. Can anyone tell me a disease that the whites are at risk of the most?

Apr 30, 2019
jade
J
M
Metro What new sexually transmitted disease ‘MG’ is, what the symptoms are and why it could be the new superbug – Wales Online

General Health How to slow ageing in humans, by researchers – The Guardian Nigeria Newspaper