Premier League club Chelsea have announced players released and retained by their clubs for the 2016/17 season. 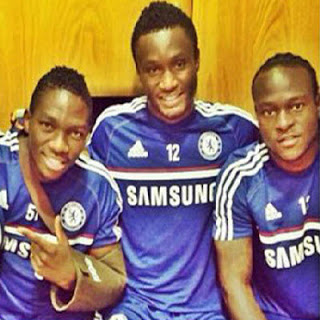 John Obi Mikel, Victor Moses and Kenneth Omeruo have all been retained by Chelsea for next season.

The news represents a silver-lining for Moses and Omeruo, who have had different loan spells since joining the Blues

Omeruo spent time on loan at Turkish top-flight side Kasimpasa last season and he has since returned to Chelsea where he is touted to get a chance with new manager Antonio Conte at the helm of affairs.

Moses is also in the mix for the new season, but it is not certain yet if he will be part of Conte’s plans so also is Mikel Obi may likely see out another season at Chelsea.