The number of deaths recorded from the Ebola Virus Disease (EVD) in Liberia has risen to 2,069, according to the latest update by the World Health Organisation (WHO).

In the report released on Saturday in Geneva, Switzerland, WHO said that the casualties from the scourge in Liberia was more than half of 3,431 total deaths so far recorded from 7,470 cases of the disease.

According to the report, next to Liberia is Guinea, where the latest outbreak started in December, 2013, with 739 deaths, followed by Sierra Leone with 623.

It stated that the three West African countries were regarded as the epicentre of the outbreak of the disease in the region.

“The disease has also affected, to a less extent, Nigeria and Senegal,” it added.

The organisation, however, said that Nigeria had largely contained the disease after 20 cases and 8 deaths, adding that Senegal had not announced a new case after the sole case involving a Guinean.

It projected that the number of cases and fatalities may rise in the three worse-hit West African countries, in spite of their efforts to end “what has now become the worst outbreak of Ebola in history.” 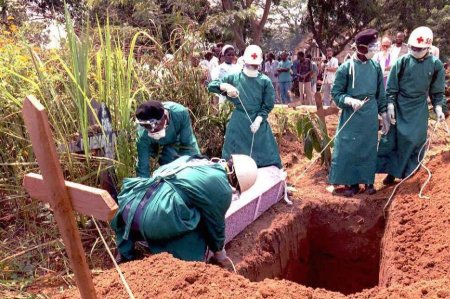