Ebola: Some US Troops to Have Direct Contact With Potential Victims

A handful of highly trained American troops will have direct contact with potential Ebola patients in west Africa, head of the US Africa command General David Rodriguez, said during a Pentagon briefing yesterday.

“[The soldiers] can operate in a nuclear, biological and chemical environment,” Rodriguez said. “They’re specifically trained to do that and that’s their primary skill set.” Three to four specially trained personnel, dressed in full protective gear, will be stationed at as many as seven testing labs, he said.

According to him, the soldiers will be involved with testing the blood of people who display symptoms associated with Ebola. They will help run testing labs to distinguish those stricken with Ebola from those suffering from flu or malaria.

US soldiers will assist the local authorities by providing “command and control” operations, logistical expertise, medical training and engineering support, as part of a broader response by the US government to stop the epidemic, the Guardian reported.

He said any soldier who is exposed to Ebola will be flown back to the US for treatment. 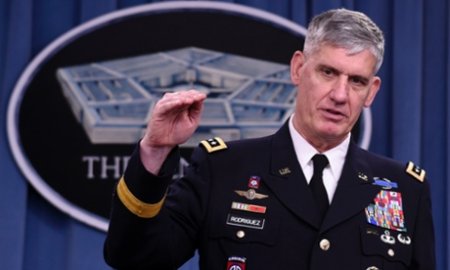 Jan 11, 2017
abujagirl
A
L
World Experts Beg US to ‘give Africans Experimental cure’ for Ebola Virus