For Sale - One Bedroom Executive Flat - Lagos (NGN37m)
✅ NEW - car park, swimming pool, 24 hours light/security and more.
Ad
A school allegedly belonging to Unoma Akpabio, the wife of the immediate past governor of Akwa Ibom State, Godswill Akpabio, has been seized by the Economic and Financial Crimes Commission.

It was learnt that the seizure was part of investigations into the former governor who has been accused of alleged N108bn fraud during his tenure from 2007 to 2015. 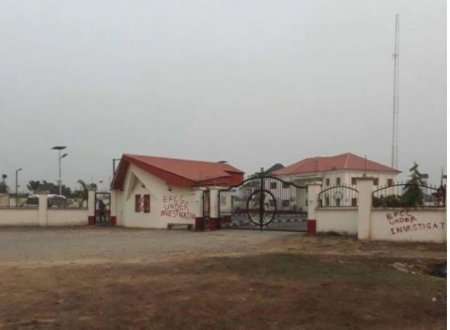 It was learnt that the EFCC resorted to marking the school instead of shutting it so that innocent parents and students who had paid school fees would not be adversely affected.

The school, it was learnt, had been under the watchful eyes of the EFCC considering the enormous amount said to have been sunk into its construction.

The spokesman for the EFCC, Mr. Wilson Uwujaren, could not be reached on the telephone on Wednesday.