This is contained in a statement signed by the Chief Press Secretary to the State Governor, Mr Idowu Adelusi, in Ado-Ekiti.

According to the statement, all the 35 council chairmen along with their secretaries and other members of caretaker committees have been relieved of their appointments.

It stated that Governor Ayo Fayose had approved the immediate dissolution of all the councils.

The statement also ordered the immediate dissolution of all boards of parastatals, agencies and commissions.

The 35 local government areas involved were those of the original 16 and the 19 LCDAs in the state.

The statement directed all the affected caretaker chairmen to immediately hand over to the directors of administration in their respective council areas.

Caretaker chairmen had been in control of the 16 council areas throughout the four year tenure of the immediate past governor, Dr Kayode Fayemi. The former governor also appointed caretaker committees for the 19 newly created LCDAs few days after the June 21 gubernatorial poll which he lost.

Fayose, at his inaugural speech on Thursday in Ado Ekiti, had vowed not to recognise any illegal creation made by the immediate past administration.

He also promised not to uphold appointments and promotions carried out after the former governor lost the gubernatorial election in June. 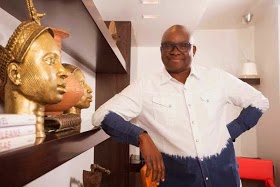