FREE Nigerian Business Directory
✅ NEW - get your business listed and your information shared across social media.
Ad
Femi Falana (SAN) has filed a notice of contempt proceedings against the Inspector General of Police (IGP) over his refusal to release Leader of the Islamic Movement in Nigeria (IMN), Ibrahim El-Zakzaky, despite a court order. 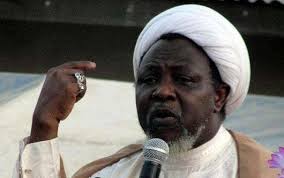 DAILY POST reports that Falana also joined the Attorney General of the Federation (AGF) and the Director General of Department of State Services (DSS) as parties. The ‘Notice of Consequences of Disobedience of Court Order’ Form 48 was served on January 20.

It reads: “that unless you obey the direction contained in the order of the Federal High Court of Justice Abuja, delivered on the 2nd December, 2016, which ordered you to release the Applicants in Suit No. FHC/ABJ/CS/281/2016 and its sister case Suit No. FHC/ABJ/CS/282/2016 within forty (40) days, inter alia you will be guilty of contempt of court and will be liable to be committed to prison.”

No date has been fixed for hearing.

E
Metro We shall meet in court, Falana tells DSS over refusal to release Sowore - The Cable