FREE Nigerian Business Directory
✅ NEW - get your business listed and your information shared across social media.
Ad
The Nigerian government has released more names of alleged looters of the treasury during the Goodluck Jonathan administration.

The Minister of Information, Lai Mohammed, in a statement sent to PREMIUM TIMES also criticised the opposition PDP for its reaction to the first names of alleged looters he released

SECOND BATCH OF ALLEGED LOOTERS AND THE AMOUNT ALLEGEDLY EMBEZZLED

1. Former NSA Sambo Dasuki: Based on EFCC investigations and findings
alone (this is beside the ongoing $2.1 billion military equipment
scandal), a total of N126 billion, over $1.5 billion and 5.5 million
British Pounds was embezzled through his office. A good number of
these monies were simply shared to persons and companies without any
formal contract awards.

2. Former Petroleum Resources Minister Diezani Alison-Madueke: In
just one of the cases the EFCC is investigating involving her, about
N23 billion is alleged to have been embezzled. She is also involved in
the Strategic Alliance Contracts of the NNPC, where the firms of Jide
Omokore and Kola Aluko got oil blocks but never paid government taxes
and royalty. About $3 billion was involved. The Federal Government is
charging Omokore and Aluko and will use all legal instruments local
and international to ensure justice. 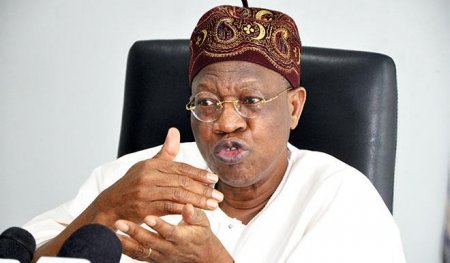