For Sale - One Bedroom Executive Flat - Lagos (NGN37m)
✅ NEW - car park, swimming pool, 24 hours light/security and more.
Ad
Founder and General Overseer of the Church of Rabbi, Ghana, Prophet Kwabena Tawiah has claimed that Ghana's President, Akufo-Addo has been cursed and might die in the next six months if nothing was done to reverse it

Ghana medium, Adom Online, reports that Prophet Kwabena Tawiah indicated that some members of the ruling New Patriotic Party, NPP, and members of the National Democratic Congress, NDC, had visited shrines to kill the President. 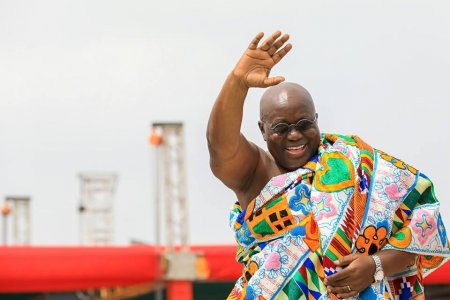 Asked about the motive behind this evil plot, Prophet Tawiah revealed in an interview on Adom News that some people in the NPP were still bitter about the victory of President Akufo-Addo.

He said, “I warned Atta Mills about the plot to kill him, he ignored me and look at what happened. They intend to use the same method to kill Nana Addo.”

Prophet Tawiah, however, cautioned the NPP not to make ‘nonsense’ out of his predictions because the doom that befell the late Atta Mills may repeat itself if the right steps were not taken.

“I challenge the NPP to consult any deity to prove me wrong. They would be shocked if they don’t take the necessary precautions to protect President Akufo-Addo”, he insisted.

C
Politics ‘I have spoken with President Buhari who is committed to end the #EndSARS impasse’ – Ghanaian president, Nana Akufo-Addo – Linda Ikeji’s Blog