Mr. Alex Otti, Group Managing Director of Diamond Bank Plc says he will still contest the 2015 governorship elections in Abia state under the Peoples Democratic Party (PDP) in Abia State despite the party’s decision to zone the ticket to Abia South; This Day reported.

"Zoning or no zoning I will run", Otti who hails from Abia Central told newsmen yesterday. He also told newsmen that zoning has never at any point in time stopped people from contesting election at the state and national level, pointing out that even when the PDP zoned the presidency it did not stop aspirants from every other zones entering the race. 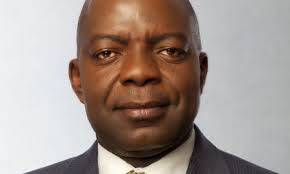 P
Politics Fayose Is Qualified To Contest 2019 Election, No One Should Stop Him - Ladoja