Guus Hiddink has been appointed Chelsea manager until the end of the season, the Premier League champions announced on Saturday.

The experienced Dutch coach, 69, succeeds Jose Mourinho, who was sacked on Thursday, and returns to a role he previously performed in 2009, when he led Chelsea to glory in the FA Cup. 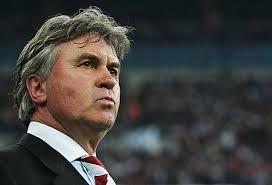 “I am excited to return to Stamford Bridge,” Hiddink said in a statement on the Chelsea website.

“Chelsea is one of the biggest clubs in the world, but is not where it should be at the moment. However, I am sure we can all turn this season around.
PLACE YOUR ADVERT HERE
Connect with sports news readers!