For Sale - One Bedroom Executive Flat - Lagos (NGN37m)
✅ NEW - car park, swimming pool, 24 hours light/security and more.
Ad
The Chairman of the All Progressives Congress (APC) in Ekiti State, Chief Olajide Awe, has said the role of the Army during the June 22 governorship election in Ekiti State was “better imagined than experienced”.

He and 14 others yesterday testified before the Army panel of inquiry investigating the involvement of its officers and soldiers in the 2014/2015 governorship and presidential elections in Ekiti, Osun, Rivers and Akwa-Ibom states. 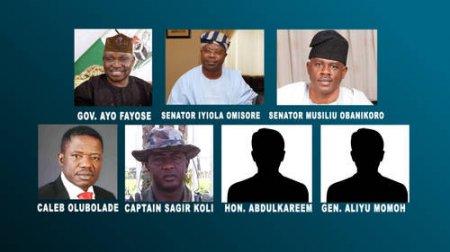 It was gathered that Army officers and personnel, including the famous Capt. Sagir Koli, who released the voice clip which alleged that former Minister of State for Defence, Senator Musliu Obanikoro, rigged the election in favour of the Peoples Democratic Party (PDP) had last week appeared before the panel.

The General Officer Commanding (GOC), 1 Mechanised Division, Kaduna, who is also the President of the panel, Maj-Gen. Adeninyi Oyebade, had on November 9, inaugurated the panel on behalf of the Chief of Army Staff, Lt. Gen. Tukur Buratai.

The APC leader added that “Fayemi accepted the result in the name of peace. Some of this did not go down well with our people. We took the decision to accept the result for the sake of peace in the state.”

Politics “We Now Have Facts On How Ekiti Election Was Rigged” – PDP – OluFamous.Com

Politics Ekiti: Oshiomhole backs use of soldiers, others for gov poll – Vanguard News

How APC will unseat PDP in Ekiti, by ex-gov Oni – Vanguard News