Politics Kwara: PDP Divided Over Saraki’s Trial At The CCT

The trial of the Senate President Bukola Saraki, has generated much controversies among members of the Peoples Democratic Party (PDP) in Kwara State.

According to The Guardian, it was revealed that while the state PDP may have taken a position for continuation of the trial, some members oppose this stance.

The state Chairman of the PDP, Chief Iyiola Oyedepo and the Publicity Secretary, Chief Rex Olawoye disagreed on the trial by the Code of Conduct Tribunal (CCT). 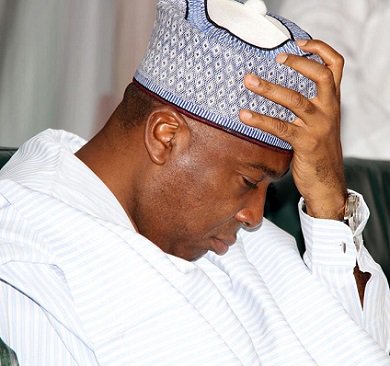 Although Olawoye described his comments as “strictly personal” saying: “From the first day of Saraki at the Senate chambers, it appears that the PDP is solidly behind him. I was one of those who endorsed him for the post of governor when I was still in their camp.
PLACE YOUR ADVERT HERE
Connect with Politics News Readers!