The incident according to a police officer who is not authorized to talk to the press said, “The explosion took place at about 12 noon on Sunday near Welcome to Maiduguri Muna Garrage situated along Gamboru Ngala- Dikwa Mafa- Maiduguri troubled road. 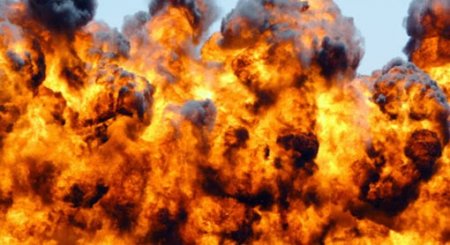 Muna garrage is east and an outskirt of Maiduguri which is about 7 kilometres drive to Maiduguri metropolis that had witnessed series of deadly attacks by terrorists during the peak of the Boko Haram insurgency.

Unconfirmed report indicates that just yesterday (Saturday) an explosion occurred along the same area masterminded by a suspected suicide bomber who disguised among the Internally Displaced Persons (IDPs) who were scheduled to be lifted to camps in Maiduguri.
Share:
Facebook Twitter Reddit WhatsApp Email Link
[2154]
Show hidden low quality content