For Sale - One Bedroom Executive Flat - Lagos (NGN37m)
✅ NEW - car park, swimming pool, 24 hours light/security and more.
Ad
Escravos Gas Liquid Project, a sub-contractor of the giant Chevron Oil Company, has come into focus with a series of bizzare events taking place in the middle of February that has left roughly more than one dozen people, now former company employees, recovering from an attack that included the use of tear gas, gunfire, and brutal beatings, allegedly directed from Chevron officials.

The brutal beatings and attacks took place on the night of February 14th following a series of work stoppages, and work slow downs, at the Escravos plant between February 10th, through the 14th. The labor action came after workers were told earlier in the month that they would soon lose their jobs at an undetermined point in time.

SaharaReporters has learned that scores of the workers who toiled at the company plant in Escravos had grave health concerns from their time spent there. In addition to the threat of imminent lay-offs at the end of their shifts, the price of their labor also meant a compromise in their health. The compromise has been costly. Many suffer from the remnants of illnesses connected with working closely with toxic materials. From breathing and skin disorders, to many suffering from various forms of cancer, the announcement that they would be fired from their jobs, without financial compensation was the last straw. 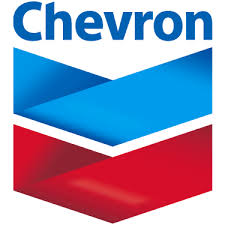