Dino Melaye, senator representing Kogi west, says the non-submission of portfolios with the list of ministerial nominees has made the screening “a beautiful nonsense”.

Speaking when he appeared on Channels TV, Melaye said Nigerians are unhappy with the ongoing screening at the senate.

The senate has been widely criticised for asking many nominees to “take a bow and go” rather than grill them ahead of their inauguration. 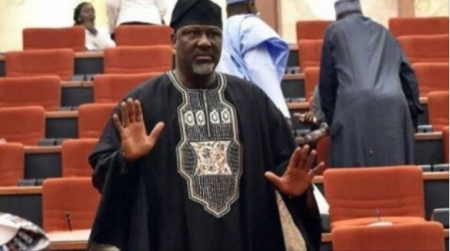