For Sale - One Bedroom Executive Flat - Lagos (NGN37m)
✅ NEW - car park, swimming pool, 24 hours light/security and more.
Ad
The Nigerian Electricity Regulatory Commission (NERC) has given the 11 electricity distribution companies (Discos) in Nigeria a four-month deadline to provide meters to all the maximum demand (MD) consumers under their networks or face sanctions.

The commission said it was acting in line with the agreement it reached with the Discos on the metering conditions of the maxumum demand consumers, adding that failure of the Discos to comply with the decisions reached at their related meetings would attract severe penalties from December 1, 2016.

According to NERC, maximum demand electricity customers are categorised as those connected on the 11Kv (high tension wire) electricity lines, mostly with their dedicated transformers. 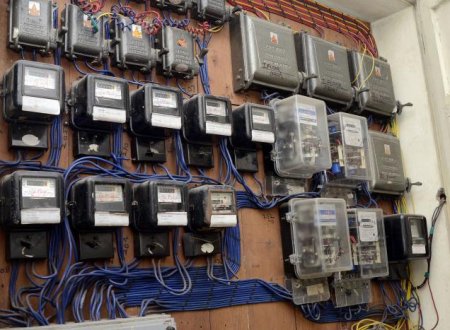 They include heavy users of electricity like commercial business plazas; small scale industries and others.

A statement from the commission in Abuja directed “Discos to provide meters for all maximum demand meter customers within their networks not later than the last quarter of 2016 as agreed during the meeting it had with them on metering.”

The commission said its decision to sanction Discos that may default on its directive was sequel to the rising complaints from all categories of electricity customers over estimated bills they considered irreconcilable with the available power supply in the networks operated by the Discos.