Leicester City’s Italian gaffer, Claudio Renieri, says Nigeria international, Wilfred Ndidi will be having his first taste of the English Premier League when they face Chelsea on Saturday. 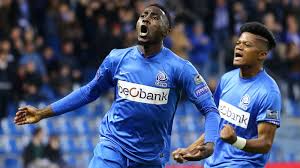 The 20-year-old defensive midfielder, who recently moved to the King Power Stadium outfit from Belgian side, Genk in a £15 million deal, showed astonishing performance in the Foxes’ 2-1 FA Cup win away at Everton last weekend.

Ranieri has given a strong indication in keeping faith with him against Antonio Conte’s team.

He told Leicester Mercury, “I think he’ll [Ndidi] make his debut against Chelsea.

“I’ve been waiting for this kind of performance. He’ll get better the more he plays and understands the team.”

Renieri, who was once a Chelsea boss, started Ndidi alongside Papy Mendy and Danny Drinkwater in a three-man midfield against Everton, said the versatile midfielder could find himself playing in various midfield setups.