FREE Nigerian Business Directory
✅ NEW - get your business listed and your information shared across social media.
Ad
The Federation Account Allocation Committee (FAAC) on Tuesday said it shared N467.8 billion as revenue for March to the federal, states and local governments.

The amount was N38.7 billion more than the amount shared by the three tiers of government for February.

The Accountant-General, Mr Ahmed Idris, who represented the Minister of Finance, Mrs Kemi Adeosun, at the monthly FAAC meeting, held in Abuja said that the N467.8 billion was distributed under four distributable sub-heads.

“The distributable revenue for the month is N299.93 billion. The sum of N6.33 billion was refunded by NNPC. There is also a proposed distribution of N66.96 billion from the excess Petroleum Profit Tax. Also, exchange gains of N22.25 billion is proposed for distribution, therefore the total revenue distributable for the current month, including VAT of N78.65 billion is N467.8 billion,” the minister said.

He said the government generated N228.54 as mineral revenue, which shows an increase of N16.94 billion from what was generated in February.

In March, the non-mineral revenue also increased by N24.47 billion, from the N78 billion, the country generated in February. 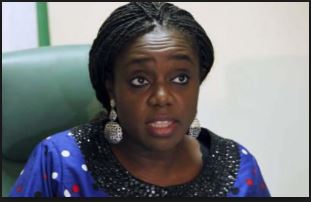 The minister said after deducting cost of collections to the revenue generating agencies:

In addition, she said the sum of N18 billion was given to the oil producing states based on the 13 per cent derivation principle.
U

After sharing, what happened? Was there any meaningful Impact?

Ukamaka said:
After sharing, what happened? Was there any meaningful Impact?
Click to expand...

That is a key question. Also what was the plan for the money? If you do not get state and LGAs to start publishing accounts monthly or quarterly, you are wasting your time.
C