Business Nigerian Inflation Drops to 15.98% in September as Hike In Food Costs Persist

In the report released on Tuesday in Abuja, the bureau explained that the drop in Nigeria’s rate of inflation in September was the eighth consecutive month that the index would be declining since January this year.

On a month-on-month basis, the NBS stated that the headline index increased by 0.78 per cent in September, in contrast to the 0.97 per cent recorded in August this year. 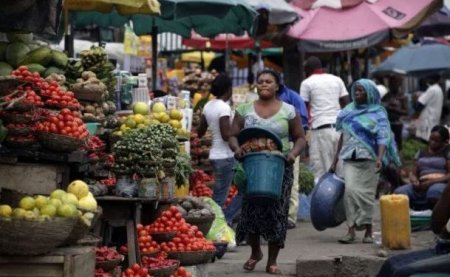 The national bureau stated that the “Consumer Price Index which measures inflation increased by 15.98 per cent (year-on-year) in September 2017.

Food prices rose 20.32 percent from a year earlier, compared with 20.25 percent in August, driven by the costs of potatoes, meat and oils and fats, the statistics office said.