For Sale - One Bedroom Executive Flat - Lagos (NGN37m)
✅ NEW - car park, swimming pool, 24 hours light/security and more.
Ad
A resolution that was reportedly adopted unanimously by members of the All Progressives Congress National Executive Committee (APC-NEC) has given the current National Working Committee (NWC) an approval to continue overseeing the affairs of the party for another one year in the absence of a valid convention.

The resolution, adopted Monday afternoon at the party’s headquarters in Abuja, could see John Odigie-Oyegun remain the chairman of the party until after the 2019 elections.

“If for reasons of inability to fulfill constitutional and or legal conditions requisite for the conduct of a valid elective congress or convention, then the party may as a last resort leverage on the NEC resolution of February 27, 2018 which in our view is lawful in the circumstances,” according to item five of the resolution obtained by PREMIUM TIMES Monday night. 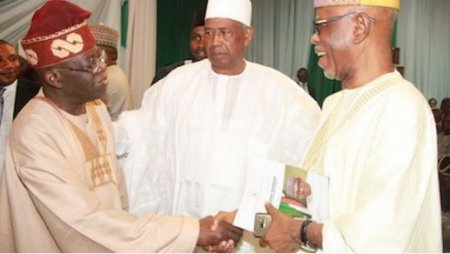