FREE Nigerian Business Directory
✅ NEW - get your business listed and your information shared across social media.
Ad
Gov. Abiola Ajimobi of Oyo State has requested for a letter of apology from schools whose pupils took part in a protest against government’s proposed education initiative.

Alhaji Abiodun Jimoh, the Chairman, National Parents Teachers Association of Nigeria(NAPTAN), Oyo State Chapter, said this in Ibadan on Thursday after a meeting with the governor.

The News Agency of Nigeria (NAN) reports that pupils in the state on June 6 went on rampage in protest against the state government's proposed public/private participatory management of schools.

The pupils had protested following allegations that the state government had sold their schools. 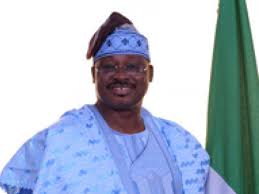 NAN, however, reports that government had several times dismissed the allegations, saying the initiative was participatory and aimed at boosting the education sector.

Jimoh told newsmen that the association had visited the governor to appeal to him to re-open the schools which were shut down by the state government over the incident.

"We are fed up with the strike action and our children staying at home for so long. We want them back in school and for teachers to resume at their duty posts," he said.
You must log in or register to reply here.