FREE Nigerian Business Directory
✅ NEW - get your business listed and your information shared across social media.
Ad
A university in the northwest of Pakistan has come under attack by armed militants, and at least 20 students have been killed, with further casualties feared, a university security officer told CNN. 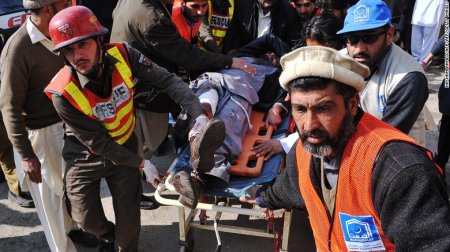 There are still dead inside and the operation is ongoing, Bilal Faizi, a local emergency service spokesman told CNN.

Lt. Gen. Asim Bajwa, an army spokesperson, said on Twitter that four attackers had been killed and that government troops had resumed control of all buildings and rooftops. An updated tweet said that the gunfire had ceased and troops were clearing the site block by block.


Source: CNN
You must log in or register to reply here.