Edo State governor, Mr. Adams Oshiomhole came under a serious attack this afternoon as young and elderly women in Benin city staged a half-naked protest against him.

The women, dressed in red took to the streets of the Edo capital, saying they are protesting against the governor’s ‘unbridled utterances”, lack of developmental policies, bad roads, and “unprecedented corruption” by the leadership of the state. 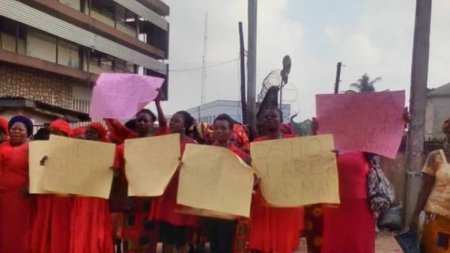 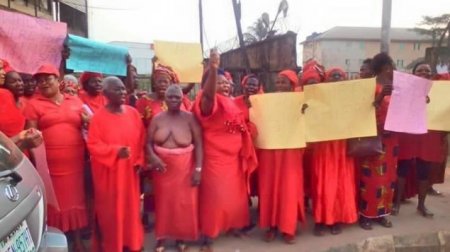 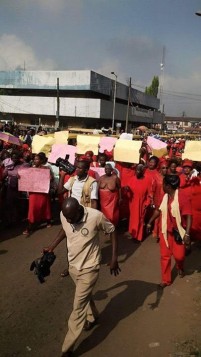