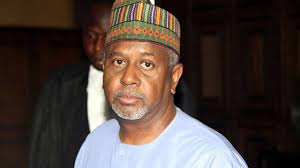 Oyetibo condemned the Federal Government’s disobedience of the court orders to release Dasuki and El-Zakzaky, saying the government was “contemptuous.”

The NBA has also called on the government to release Dasuki and El-Zakzaky.

Metro Dasuki, El-Zakzaky, Sowore chose to be kept in our custody – DSS – Newtelegraph