FREE Nigerian Business Directory
✅ NEW - get your business listed and your information shared across social media.
Ad
Invasion by monkeys from natural habitat is forcing many residents of Soluyi/Sosanya Community in Gbagada, Lagos State, to flee. Some of the residents told the News men in Lagos on Monday that they could no longer withstand the situation.

They called on the state government to save the community from the trouble, saying that the animals forced their ways into their rooms, destroying window and door nets, food stuffs and other items.

The Chairman of the community’s Landlord Association, Mr Adigun Olaleye, said that it had become difficult for the community to curtail the monkeys and their destructive attitude.

He said that the invasion might have resulted from the nearness of the community to a swamp forest that separated the community from Ifako area. 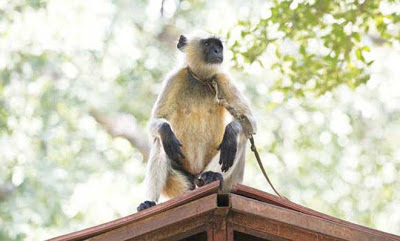