Sports Rio Olympics: 10 Things You Should Know About Zika Virus Before Heading to Brazil

Curators
For Sale - One Bedroom Executive Flat - Lagos (NGN37m)
✅ NEW - car park, swimming pool, 24 hours light/security and more.
Ad
Zika is full of surprises. The mosquito-borne virus has captured international attention since the outbreak in Brazil early in 2015, and is now active in 60 countries around the world. Just as the 2016 Rio Olympics is about to kick-off, athletes, spectators, officials and other who would visit should arm themselves with needed information about the virus.

Here are ten things you should know about the virus ahead of the Olympic Games. 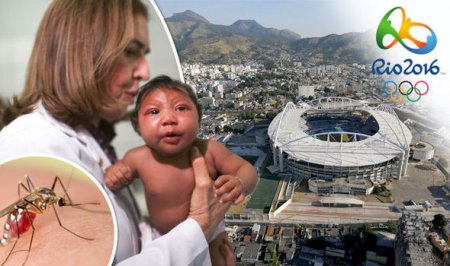 1. It was first found in Africa

The Zika Virus was first found in 1947 in a monkey in Uganda in Africa. However, it is likely the virus existed long before then. Zika originally circulated in Africa and Asia, but has most recently travelled across the Pacific Ocean and has now reached Brazil and other South American countries


2. Only the female Aedes mosquito can spread Zika

Only the female Aedes mosquito can spread Zika. This is because it is only the female that bites and feeds on blood. She needs protein in the blood to produce eggs. Once inside the mosquito, the virus replicates and travels to the salivary glands where it is injected into the bloodstream of another person when the mosquito bites.


3. The Aedes mosquito usually bite during the day

Unlike malaria mosquitoes that traditionally bite at night, the Aedes mosquito, which can spread Zika, usually bites during the day. This means you need to take extra care in the daytime, to prevent getting bitten. Try to cover up, and most importantly use insect repellent both day and night.

Researchers recently confirmed that Zika can be sexually transmitted – at least through semen. Studies have found Zika stays in semen as long as 62 days after symptoms start, which means a man can transmit the virus to a partner long after he's visibly recovered.


5. Pregnant women should avoid any areas with Zika outbreaks.

Pregnant women are by far the most at risk group in this outbreak. The World Health Organization has recommended that doctors in Zika-affected areas encourage their patients to put off getting pregnant, and the CDC is focusing their efforts on treating and monitoring pregnant women and infants affected by Zika in those areas

6. Not everyone will display symptoms

Only one in five people who contract Zika display symptoms. This means that many people in countries where Zika is present may have Zika but don’t know they have it.


7. The symptoms are similar to dengue

Symptoms of Zika include (but aren’t limited to): conjunctivitis, a rash, flu like symptoms and pains in joints – all of which are fairly similar to dengue.

The main health implications of Zika is on unborn children. There is now scientific consensus that Zika causes microcephaly, a condition where the the brain does not develop properly and the head is small in size. Government advice is that pregnant women should discuss their travel plans with their healthcare provider to assess their risk of infection with Zika virus and, where travel is unavoidable, receive advice on mosquito bite avoidance measures.

Scientists are making progress, but there are no vaccines available for use at the moment. So the best way to prevent against contracting Zika is to avoid being bitten by mosquitoes and not having unprotected sex.

10. Keep yourself safe throughout the games

J
Video 7 myths about Coronavirus you should know