Team Europe will square up against Team USA at Gleneagles for the honours of who will win this year's championship.

Former Manchester United manager,Ferguson was drafted in by captain Paul McGinley to speak to the European players about the key to winning.

McIlroy who is a Manchester United fan said that he was subsumed listening to Ferguson address them.

"United were favourites and whenever he(Ferguson) was managing, they made Old Trafford a bit of a fortress - when teams went there, it was very hard to compete against United," McIlroy said.

"For me, being a Manchester United fan, it was the highlight of the week so far.

"I was just sitting there and looking up at him, and I didn't take my eyes off him.

"I was in this trance just listening to everything that he was saying, thinking, this is all the stuff that he's probably said to Manchester United teams over the years.

"It was very useful, because we got to ask some questions, about what he thought was the key element to being successful, and successful as a team.

"He's a very inspirational sort of man when he talks. He's got a lot of authority and the room just goes quiet and everyone listens." 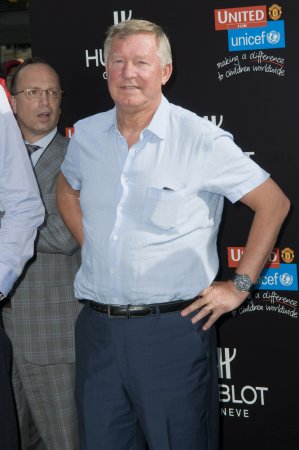