While the University authorities responded by proscribing all para-military organizations in the institution, it was reported late yesterday that two of the suspects had been arrested. 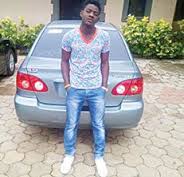 The deceased according to report was the only son of his aged mother.

It was gathered that the deceased, who lived in a private hostel outside the school campus, was reportedly attacked by suspected cadet officers.
However, the family of the deceased is insisting that the culprits who allegedly killed their son should be made to face the wrath of the law.