For Sale - One Bedroom Executive Flat - Lagos (NGN37m)
✅ NEW - car park, swimming pool, 24 hours light/security and more.
Ad
Investigators in South Africa have dismissed Nigerian government’s explanations of the purpose of the $9.3 million cash seized from two Nigerians and an Israeli as “flawed and riddled with discrepancies”. The suspects told South African authorities that the money was meant for the procurement of arms for Nigerian intelligence agencies.

The jet used to ferry the money is owned by Ayo Oritsejafor, who heads the Christian Association of Nigeria, CAN. Mr. Oritsejafor, a cleric, said he is not aware of the arms deal. He said although he owns the aircraft, it was managed by another company, Eagle Air Company, which in turn, leased the jet to a third party, Green Coast Produce Limited.

The Nigerian government in an unsigned statement, Tuesday, said it has provided South African authorities with documents and receipts to prove that the transaction was “legitimate.” 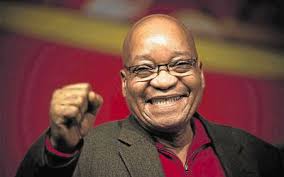 May 28, 2020
ese
E
A
Politics Falana - What NIA Must Do To Claim $50million Found In Lagos Apartment By EFCC