According to the Commissioner of Police, Ikemefuna Okoye, the suspect, an indigene of Okuku, Odo-Otin Local Government Area of Osun State, was expelled from the Tai Solarin College of Education, Ijegun, Ijebu Ode, Ogun State some years back,.

He added that, he was arrested on Monday, October 6, at a spot opposite the Ijebu Ode Local Government Secretariat at about 8.30pm in the midst of about 100 other cultists and hence, the police met a heavy resistance that led to exchange of fire.

Mr. Kuti was fatally injured by police bullets before he was eventually taken away by the Special Anti-Robbery Squad, the commissioner said.

“The suspect who has been terrorizing the state for some years now has confessed to many killings in the state. He confessed to have killed more than 10 people while he has participated, with his gang, in the killing of more than 50 people in Ijebu Area and Ogun State in general,”

“The serial killer had been arrested by the police on several occasions and was sentenced to imprisonment. But he’s so recalcitrant and continued his dirty business of assassination and robbery after his jail terms. He is assisting the police in its investigations and will soon be charged to court,” Mr. Okoye added. 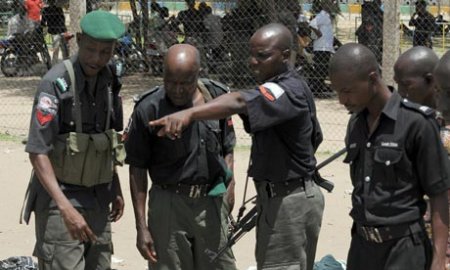