Thousands of Shiite muslims, members of the Islamic Movement of Nigeria, on Friday blocked the Zaria-Kaduna expressway in protest of the prolonged detention of their leader, Ibrahim El Zakzaky. 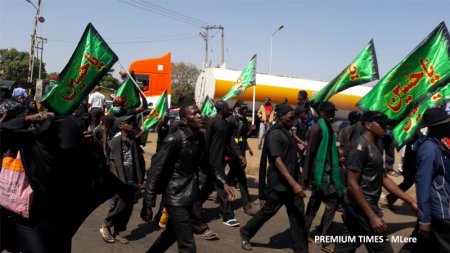 Musa Ibrahim, a spokesman of the group said “some of our members” embarked on procession today, Friday, and were “attacked by thugs”.

“Some of members embarked on peaceful procession today. But they were attacked by thugs at Maraban Jos (along Kaduna-Zaria expressway," he said, saying he doesn't know if there's any casualty.

El Zakzaky had been in detention since December 2015 after over 300 members of his group were killed in a clash with military officers in Kaduna.