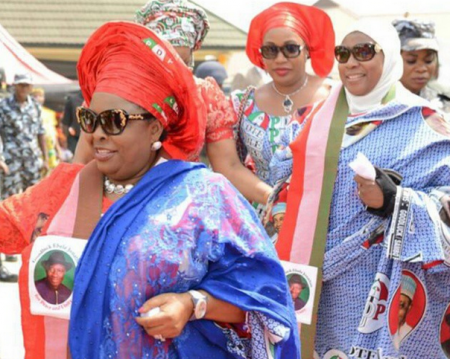 The decision came after their extra-ordinary general congress held in Enugu on Friday.

A communique issued after the meeting was signed by Dr. Ugwu Francis, Deputy President General, WIYC, Comrade Francis Njoku and Glory Izuora, President and secretary, respectively of ISA, and Dr. Mrs. Nkem Nwuzor and Dr. Mrs. Helen Dike-Orji on behalf of the SWP.

It read: “We are outraged over the recent self-serving visit of some Igbo leaders to the Aso Villa Abuja. While we respect their right as Nigerians to visit any place of their choice, we are against the use of such trips for the pursuant of personal glory and goals.

“We observed with dismay that rather than present basic issues affecting the Igbo nation, they merely went there singing songs of ‘Nigeria unity.’

“It is a common knowledge that Ndigbo are grossly marginalized in every sphere of the nation, including the position of presidency.

“These cries of marginalization have consistently fueled Biafra agitation and the only way to end these agitations is to demonstrate, not just in words, but in practical terms that Ndigbo are part owners of the Nigeria project.

“Consequently, we declare that those hosted by Osinbajo did not represent Ndigbo in any form but their personal interests.

“So, having examined these issues, we hereby align ourselves with the position of the Ohanaeze Youth Council Worldwide as we kick-off today an aggressive campaign for Igbo presidency.

“The following names have been shortlisted as presidential candidates of Igbo extraction:

These and many more will pass through screening by the Igbo Presidency Project Committee.
You must log in or register to reply here.